Elle E. Kay is a Christian fiction author. She lives on a hobby farm in Central Pennsylvania with her husband, three dogs, and many farm animals.

She keeps perennial gardens and enjoys the wildflowers strewn about her property. The wildlife who visit the property are a joy for her, but nothing beats the excitement of a kid being born to one of her many goats.

The Billionaire’s Reluctant Bride was her first book in the multi-author Blushing Brides series, and it was followed by The Bodyguard’s Fake Bride published in February of 2020.

Elle also published books in the multi-author series, The Heroes of Freedom Ridge. Her third book in that series Inspired by the Hero released on October 26, 2022. The entire eighteen book series is available to read for free with a Kindle Unlimited subscription. These are the only books of Elle’s enrolled in Kindle Select. The rest of her catalog is wide (meaning you can purchase the ebook from your choice of retailer).

She released Grave Pursuits on January 2, 2023. It is the first book in a romantic suspense series which takes place in Pennsylvania’s scenic state parks, starting with Ricketts Glen, Hickory Run, and Worlds End State Parks

Elle is also working on a romantic suspense novel with ties to the Rattlesnake Roundup in Noxen, Pennsylvania.

Visit the novel page of her website for the latest information about her upcoming books https://elleekay.com/novels/. 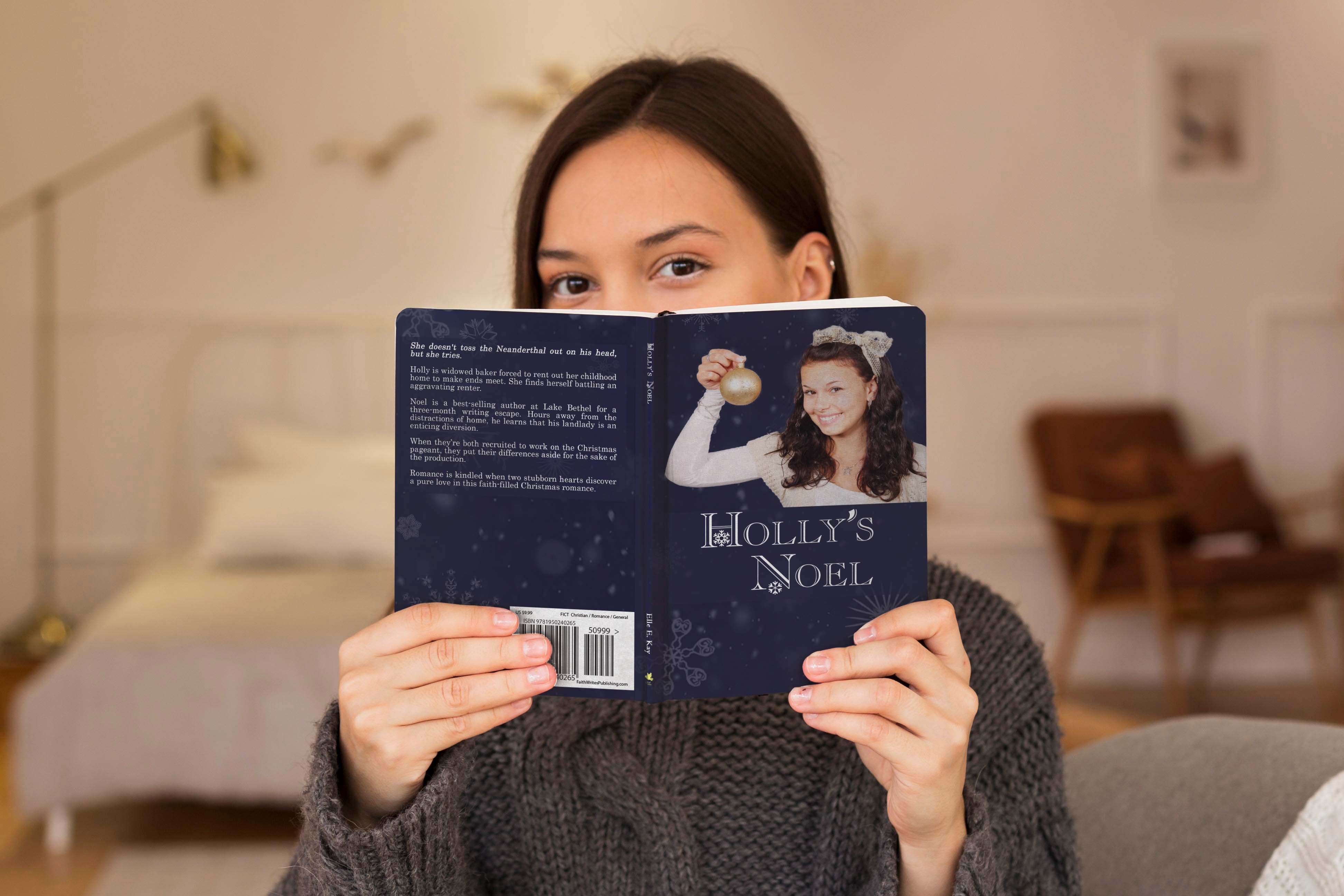 Signup for Elle E. Kay’s Newsletter and get a free ebook copy of Holly’s Noel.

You’ll also be among the first to hear about new releases, sales, freebies, and more.